Prof. Henryk Skarżyński among the first „Not Indifferent”

An award „Not indifferent” of the 3rd International Congress of Irena Sendler Schools is an exceptional distinction, handed out for the first time this year. An extraordinary ceremony during which we have learnt the names of the first ‘Not Indifferent’ took place in the Museum of the History of Polish Jews POLIN in Warsaw on 9 June 2016. Among the first ‘Not Indifferent’ was Prof. Henryk Skarżyński. The award had been presented by Magdalena Księżopolska, Director of the Irena Sendler School Complex with Integrated Classes no 65 in Warsaw, one of the initiators of the award.

In his Laudatio we read: Professor Henryk Skarżyński is an extraordinary person and one of the most titled otolaryngologists in the world. He was the first surgeon in Poland to perform cochlear implantation in a deaf person and first in the world to develop and introduce a program of partial deafness treatment for adults and children. Two decades of his work have placed Poland in the global forefront of countries implementing hearing screening for children in different age-groups. He is also an initiator and creator of a medical institution unique on a national and global scale – the World Hearing Center in Kajetany near Warsaw. He received many important awards and distinctions for his achievements: from the President of Poland, prime Minister, Ministers of Health, Science, Education, Regional Development and Foreign Affairs, awards from the medical community and many other prestigious awards in Poland and abroad. Pope Francis had awarded him with the Medal Pro Ecclesia et Pontifice, and children had awarded him the Order of Smile. The honored Laureate has been for many years tirelessly looking for new methods of helping hard of hearing and deaf people, who face barriers in their contacts with the world. He performs the most difficult and advanced hearing improving surgeries. He is taking up the most difficult challenges with courage and determination. He performs his duties with highest dedication and commitment. 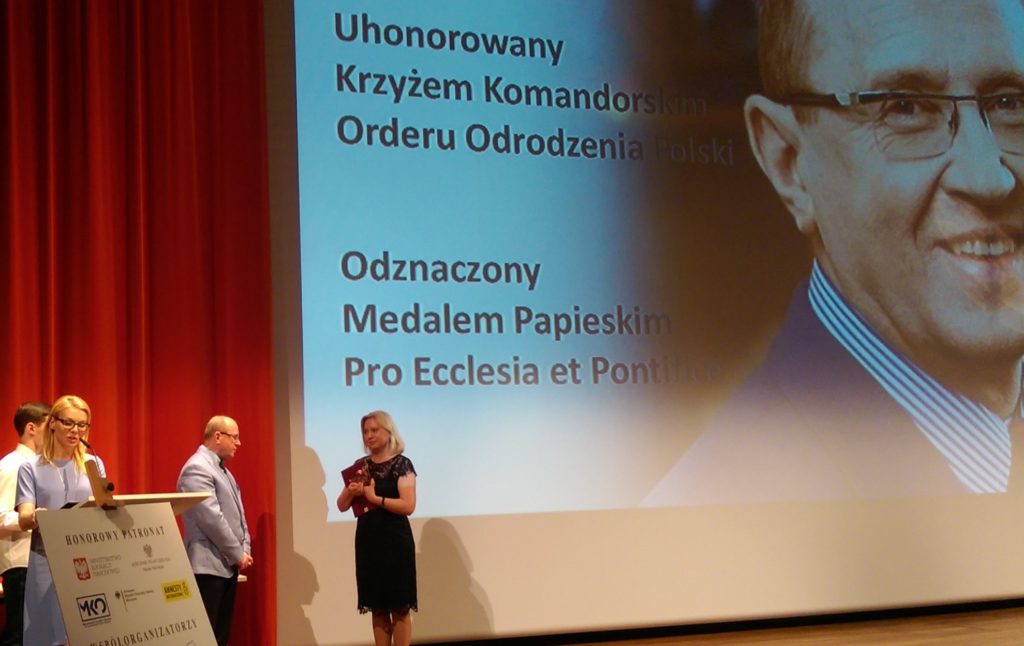 Children have a special place in the heart of Prof. Skarżyński. He always shows them patience, warmth, care and understanding. His youngest patients receive his particular attention and care. Especially for them a specialized, children-friendly hospital ward has been created in the Center.

We thank Prof. Skarżyński for giving a new quality of life for his patients. Endowing them with hearing he helps them understand, have contact with their environment, have friends, enjoy life and even develop musical gifts.

Initiators of the award have decided to honor people who have made great contributions to helping other people. ‘Not Indifferent’ have great hearts, respect other people and are committed to their work. They are humanitarians supporting those weak and in need, devoting their time to others, sharing their knowledge and skills, helping to solve important social problems, helping people who are excluded from the contact with the society.

With this distinction and a statuette the Chapter of the Award wants to reassure the laureates in conviction that their work is seen and appreciated. It is a form of saying thank you for the beautiful lesson of civic education for young Poles, forming their sensitivity for wrongs suffered by other people and showing them how to live.

Initiators believe that the Laureates will set an example of a positive work and moral attitude possible in any conditions and at any time and with their lives give a testimony of worthy continuation of the work of Irena Sendlerowa, a patron of this award.

Among other laureates of the Award there were also Minister Marek Michalak – the Children’s Ombudsman and the Chief Rabbi of Poland Michael Schudrich.