Data: News, The most important and the greatest events in the world for people with hearing disorders | 3-8-2018

The world famous institution, a result of the transformation of the Cochlear Center established in 1993 into the World Hearing Center, celebrates its 25th anniversary. “We are proud that the 25th jubilee of building and developing our identity coincides with the centenary of Poland’s regaining its independence. We are honored that the “Polish school of otosurgery” created as a result of our achievements during this time, significantly contributes to the promotion of Polish science and medicine in the world. I am glad that for 25 years we have been able to help patients with hearing and speech disorders so effectively “- says Prof. Henryk Skarżyński the originator, initiator and director of the Center. 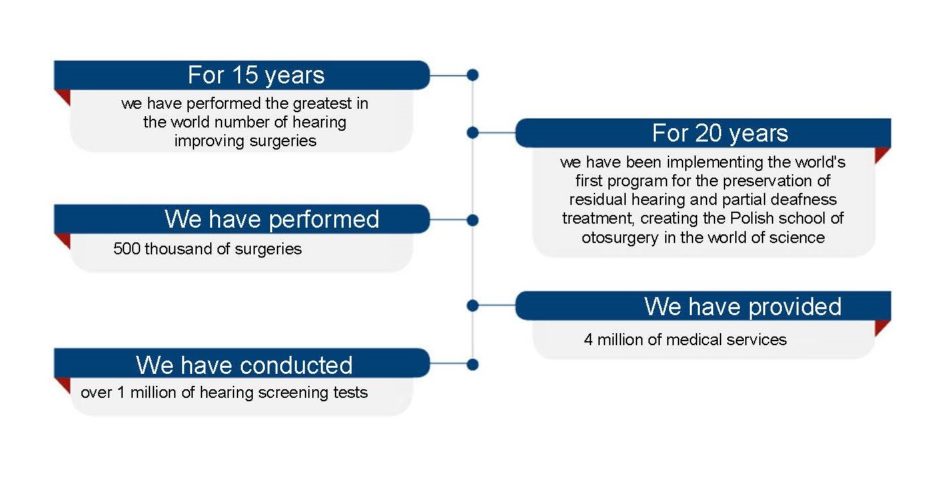 Today the World Hearing Center of the Institute of Physiology and Pathology of Hearing is both a modern hospital providing medical services on the highest international level, equipped with the unique armamentarium and with great technical infrastructure, as well as exquisitely prepared Educational Center conducting wide range of research and academic activities, enabling training of specialists from the entire world in medicine, clinical engineering, speech therapy, deaf education and psychology. This is the most important national institution dealing with the search for new methods of diagnostics and treatment of the sensory handicaps.

– The first surgery in Poland that restored  hearing of sounds to a deaf person, performed by me in 1992, caused a great stir in Polish society – says Prof. Henryk Skarżyński. – I wanted this event to be followed by further institutional activities. For this reason, together with a small group of collaborators, we were very determined to establish in 1993 the Cochlear Center, providing comprehensive care for patients with hearing impairments. It was the second center of this type in Europe and the third in the world. In the next years, scientific and clinical development, implemented in accordance with my strategy, resulted in many pioneering operations on a global scale and the construction of the World Hearing Center, which for years has been performing the greatest in the world number of surgeries improving hearing. –  adds Prof. Skarżyński.

Over the past 25 years, dozens of pioneer operations and groundbreaking achievements by Prof. Henryk Skarżyński have taken place, which were the aftermath of the first surgery to restore hearing in Poland in 1992. 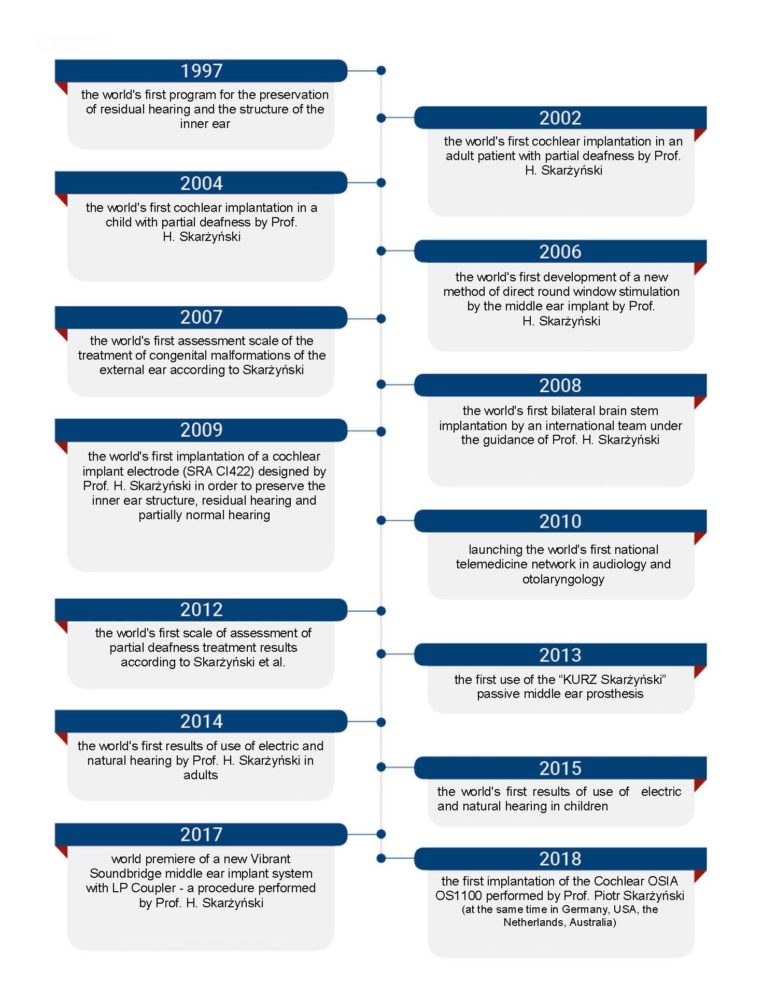 The current scientific and clinical position of the Center would not be so high in the world were it not for the activities and hard organic work of Prof. Henryk Skarżyński and his team. Thanks to the commitment and determination of the initially small group of colleagues, another important centers were established.

Currently, in the World Hearing Center patients, doctors, scientists, students have at their disposal more than 20,000 m2 of space which hosts, among others: 6 operating theaters, several dozen diagnostic rooms, where several hundred patients are admitted daily, 2 multimedia studios of the world’s first National Teleaudiology Network, 7 conference rooms, that can accommodate 800 training participants at the same time, as well as an educational center with modern equipment for surgical exercises on anatomical preparations and computer simulators, where 40 people can be simultaneously trained. At the Center’s clinics, otolaryngologists, audiologists, phoniatricians, speech therapists, surgeons, psychologists, clinical engineers and technicians provide more than 200,000 consultations and tests annually.

Particularly noteworthy is the implantation of over 7,000 auditory implants so far, which places the center at the world forefront. The institution is also a well-functioning and organized enterprise that employs over 500 persons. 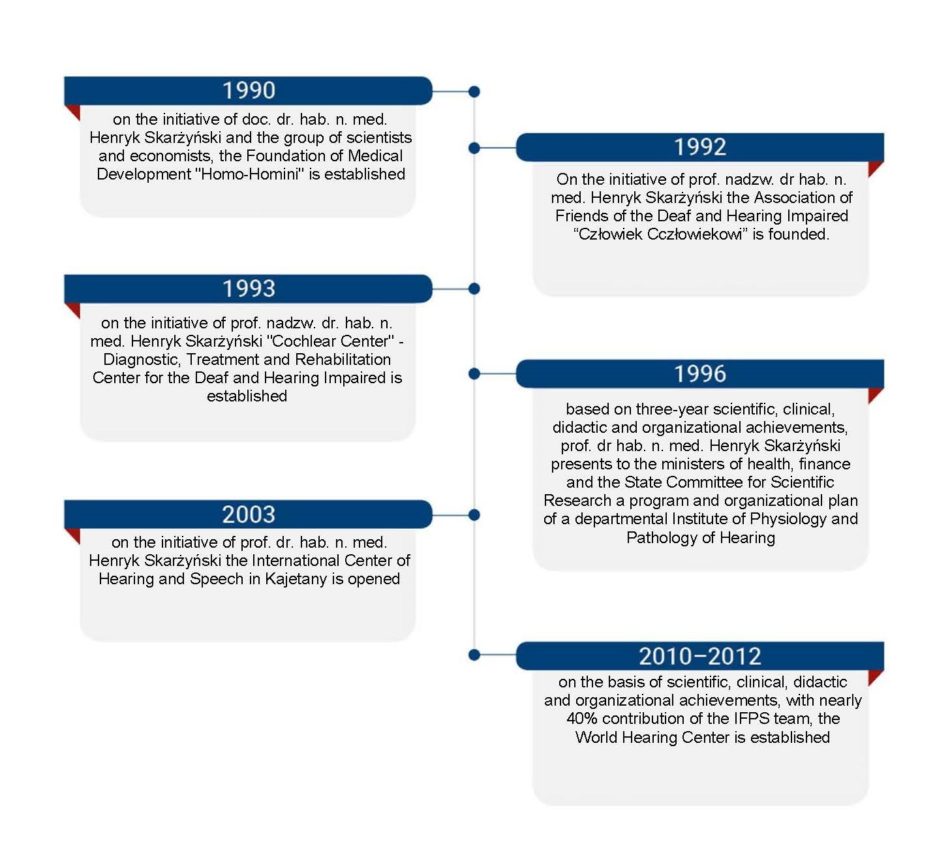