On October 1, 2018, a Gala was held at the MS Meramid Conference Center in Warsaw, to announce the laureates of the third edition of the “Polish Entrepreneur of the year 2017 of the Gazeta Polska Codziennie” contest. The event was dedicated to producers, exporters, managers and philanthropists who effectively and bravely support the development of Polish economy. Prof. Henryk Skarżyński received a distinction in the “philanthropist” category.

The award was handed by the Minister – Andżelika Możdżanowska, Secretary of State in the Ministry of Investment and Economic Development, Government Plenipotentiary for Small and Medium-Sized Enterprises, who stressed outstanding services of Prof. Henryk Skarżyński for the Polish patients.

– Professor Skarżyński is a world-renowned open-minded otosurgeon and specialist in otorhinolaryngology, audiologist and phoniatrician, as well as an outstanding pediatric otolaryngologist, whose priority is to help people.  – said Minister Andżelika Możdżanowska during the Gala – The Professor’s huge achievements mean health of Polish patients, since he was the first in Poland to implement a program of cochlear, brainstem, middle ear implants. As the first in the world, he has developed a program for the treatment of partial deafness of adults, and then operated the first child in the world with this impairment. This method, recognized as a Polish specialty, is known as the “Skarżyński Method”, which includes a new electrode and clinical procedure devised by Professor, has been implemented in a dozen or so centers in the world. In addition Prof. Skarżyński, has introduced over 150 new clinical solutions, which contributed to the development of auditory implants, otosurgery and audiology in Poland and in the world, and  at the same time to the health improvement of  a great number of patients. Owing to Professor’s publications and educational activities, Polish doctors receive better medical training. I am extremely impressed by the achievements of Professor Skarżyński and I am sure they have been won with hard work and extraordinary commitment.   – added Minister Możdżanowska with appreciation.

Thanking for the award Prof. Skarżyński mentioned that 2018 is the year of the 100th anniversary of Poland’s regaining independence, while the Institute of Physiology and Pathology of Hearing celebrates its 25th anniversary of official identity. In this period we have witnessed a transition from the Cochlear Center to the World Hearing Center.

– It meant a time of hard work for us, initially a small team of colleagues, as a result of which Polish patients with hearing impairments who once had virtually no chance to leave the world of silence, today can reckon on care that surpasses world standards – said Prof. Skarżyński – For the last 25 years we have provided approximately 4 million services, we have completed nearly 500,000 surgeries – of which about 200,000 were performed by me – and over 1 million screening tests have been carried out to detect hearing impairments at an early stage in Poland and on four continents. In Kajetany, for 15 years, we have carried out the largest in the world number of operations to improve hearing. Many surgeries have been performed here for the first time in the world. Our efforts led to initiation of the program “Equal Opportunities for Children with Communication Disorders in European Countries” – an issue of priority included to the Polish presidency in the EU. I was the main initiator of the signing of two European scientific consensus statements on hearing screening in pre-school and school children as well as on hearing, vision and speech screening in pre-school and school children. No center in the world has even been close to such achievements and numbers throughout history. These achievements are the showcase of Poland in science and medicine on the 100th anniversary of its independence.  – said proudly Prof. Skarżyński. 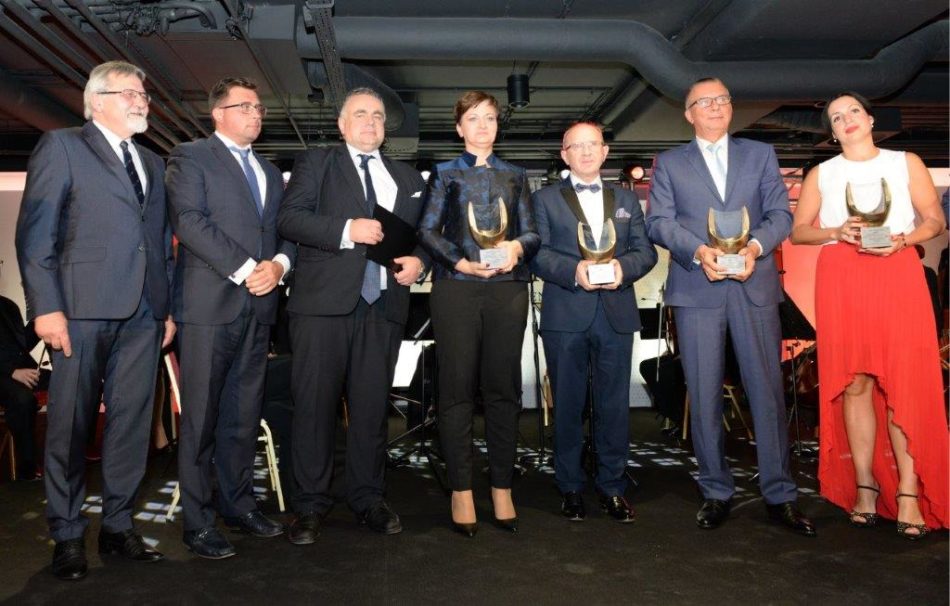 Taking advantage of the occasion, the Professor also presented ideas and goals of a multidisciplinary Program, created and initiated by him, for Counteracting the  Civilization Diseases and Health Support for Poles “Health First” that has been implemented for three years now.

The “Polish Entrepreneur of Gazeta Polska Codziennie” Contest’s aim is to select the best Polish entrepreneurs, show the most ingenious and innovative, award philanthropists, praise the exporters of products with the “Made in Poland” label, single out small and medium-sized enterprises with a potential to become big corporations.

As in the previous years, the winners were chosen by the Contest Jury composed of the representatives of: the Industrial Development Agency, the Polish Promotional Program Foundation “Teraz Polska” and the Staszic Institute. The Jury’s members were also representatives of economic and scientific organizations: the Adam Smith Center, the Union of Entrepreneurs and Employers, the Jagiellonian Institute and the Economic Council of the Free Word Zone, as well as representatives of the media market: Gazeta Polska Codziennie and XBW Ignacy Krasicki Foundation. The strategic partner of the Contest, whose representatives were special guests present during the Jury’s deliberations, is the largest Polish financial institution: PKO Bank Polski.