Award in medicine – equivalent of the Nobel Prize

December 4, 2014 become a special day for the laureates of Prix Galien. This international completion has a 44-year tradition. The aim is to honor the most innovative and breakthrough achievements in the pharmaceutical field, medicine, and healthcare. This year the Gold Medal – Galien International Award went to the National Network of Teleaudiology, whose initiator is Prof. Henryk Skarzynski. The ceremony was held in Monte Carlo.

The medals, appointed by an international jury, is a unique distinction, very important in the world medicine and is deemed to be the most prestigious award in this domain.

The National Network of Teleaudiology is a system encompassing telerehabilitation, telefitting, teleeducation, screening tests, telediagnstics in Europe, Asia and Africa. In order to achieve the best possible results in hearing improvement after cochlear implantation, it is necessary to provide a patient with long-term and properly organized follow-up care. One of the most important tasks is optimal fitting of the implant. – explains Prof. Henryk Skarzynski. – A usual procedure requires numerous patient’s visits to a specialist and multidisciplinary facility, where implantation had been performed. Very often the visits mean that a patient has to spend long hours and a lot of money on traveling. Travelling also makes a patient tired – especially when small children are concerned. All this lowers the credibility level of hearing tests and the accuracy of a fitting process. In order to reduce costs and shorten the distance and time of travels that would allow receiving the medical care of the highest quality, it was necessary to create a modern system of telemedicine. It allowed cheaper and effective rehabilitation of hearing and speech and a distant service designed for patients with various cochlear implants. This is a brief summary of the project. 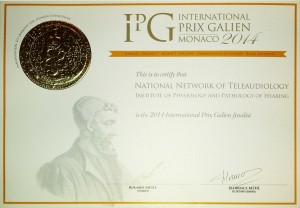 The team of engineers and other specialists, under the supervision of Prof. Henryk Skarzynski, conducted first research and later clinical activities related to telemedicine 14 years ago. Firstly, they focused on teleconsultations. In 2005 they took the first steps towards implant fittings in the growing group of patients with partial deafness. In 2007 first effects were presented in the international arena. The new method of telefitting started to be gradually introduced to the clinical practice. Very good results of this method used during pilot tests and systematical development of telerehabilitation resulted in the completion of the another idea of Prof. Henryk Skarzynski – “National Network of Auditory Telerehabilitation”. This is brief genesis of the first-in-the-world National Network of Teleaudiology, which today comprises 20 centers in Poland. It is the only system of this type in this medical and healthcare field.

The Network received numerous prestigious awards in the world, what proves its uniqueness. In 2010 in Washington, the network received the prestigious 21st Achievement Award in the category of Healthcare in the Computerword Honors Program. In 2012 it got the Prix Galien award in the Polish edition of the competition.

The Prix Galien is an international competition divided into three categories: drugs, research activities and medical devices. It is held every year in different countries.

I’m extremely happy that my and my team’s work was honored by this prominent scientific environment and representatives of the world medicine. I know that the competition was high. The jury selected only 16 participants to the finale from among 90 candidates in each category. – said Prof. Henryk Skarzynski after he had received the award. – The sentence pronounced during the gala, that is: “Hollywood has Oscars and medical products have Prix Galien”, best describes the importance and value of this award. 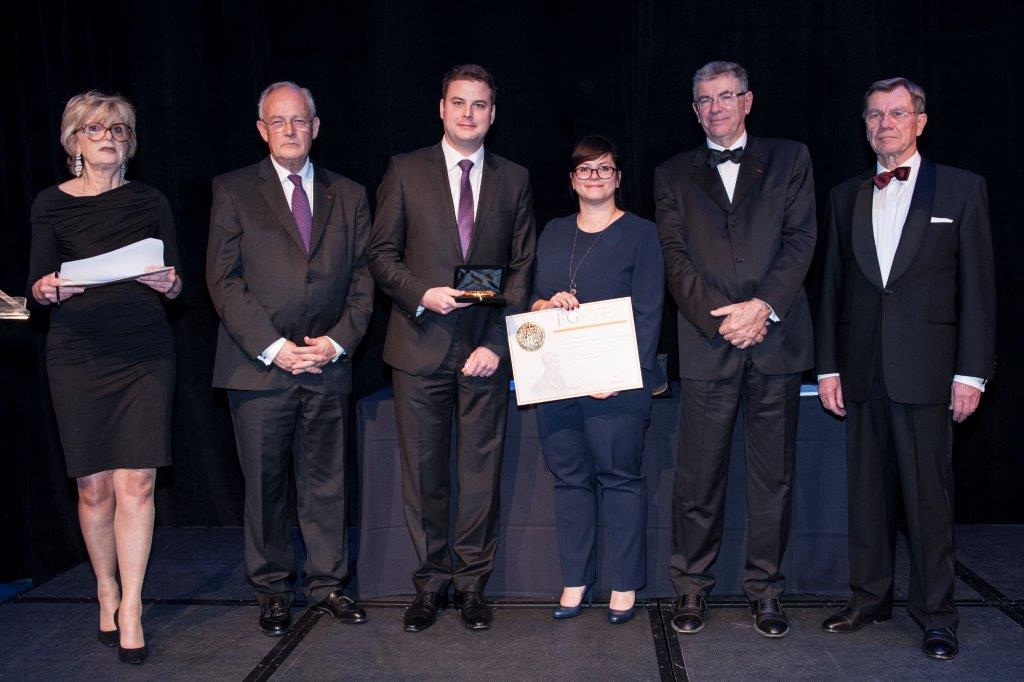 The Prix Galien award was created in 1970 in France by a pharmacist named Roland Mehl. His aim was to promote significant and breakthrough advances in pharmaceutical industry and medicine. Since its creation, the award has grown into a prestigious event. It was named after Claudius Galen, the Greek father of pharmacy and medicine, talented experimenter, anatomist and physician, whose works had a big influence on the development of the science. The Prix Galien is awarded to the companies and units that understand the need to invest in research, new technology, innovative medical products. In compliance with its tradition, the jury is composed of prominent scientists and researchers.