19th Anniversary of the Institute of Physiology and Pathology of Hearing 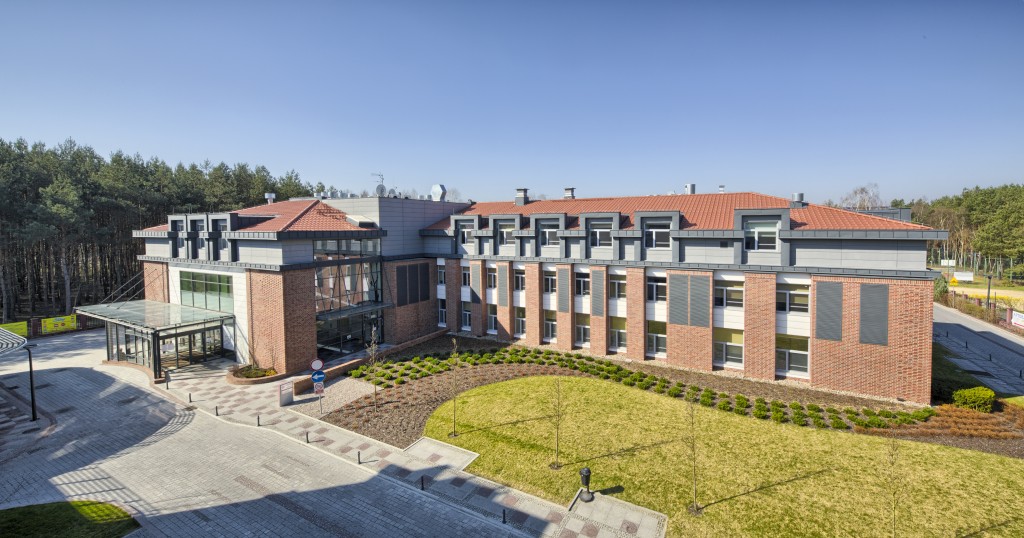 The unique World Hearing Center does not have its equivalent in any other country.

Huge interest from hundreds of patients was a stimulus for next activities which have resulted in establishment of new and unique centers, created according to the idea, assumptions and effort of Prof. Henryk Skarżyński. „Cochlear Center”, the second-of-a-kind center in Europe, became the foundation not only for the Institute of Physiology and Pathology of Hearing, but also for the World Hearing Center, opened in 2012. 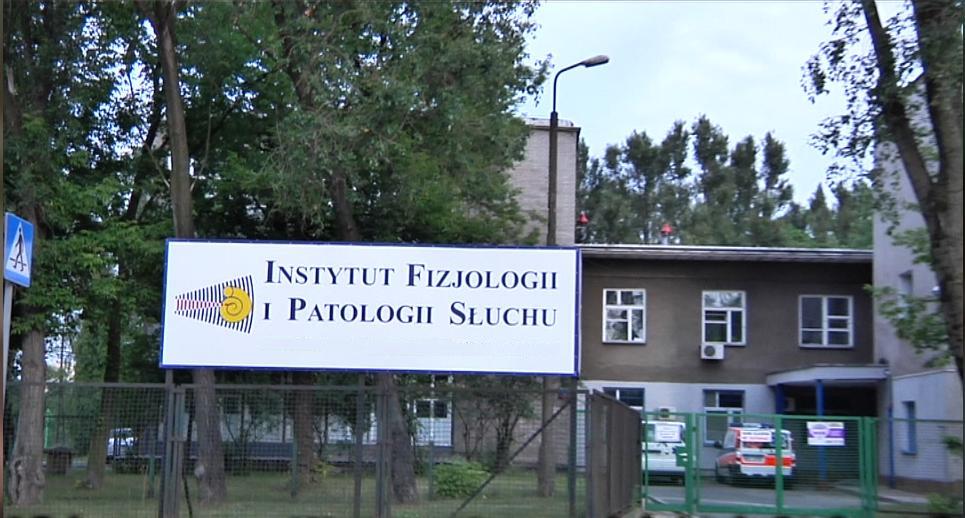 The Institute of Physiology and Pathology of Hearing at its first premises in Warsaw (Pstrowskiego 1 Str.)

The initiator and director of the Cochlear Center prof. Henryk Skarżyński, insistently aimed at developing the partial deafness program which was a huge scientific and clinical success. He wanted to deliver a proper, multi-specialist care to his patients and implement world’s achievements. He also wanted to show to the world, that the Poles are not worse and that they can built a modern center which will be competently managed.

After 3 years, the Cochlear Center have had a great success in treatment of hearing impairments, as well as significant scientific, didactic and organizational output. As the act of recognition, the Minister of Health and Social Care, Jacek Żochowski, together with the Minister of Finance, Grzegorz Kołodko, and the Chairman of Scientific Research Committee, Aleksander Łuczak, have established a departmental Institute of Physiology and Pathology of Hearing.

Prof. Henryk Skarżyński: – I perfectly remember the day I received the document of the Institute of Physiology and Pathology of Hearing’s establishment. That time we were a small group of friends who shared the optimism and dreams about creating a hearing disorders treatment center at the highest level – and this document was extremely important because gave us the green light to act, work and develop.

The institute was built from the basis and in accordance with ideas, program, assumptions of a small group of scientists, physicians, engineers and other specialists managed by Prof. Henryk Skarżyński. It was a huge challenge. 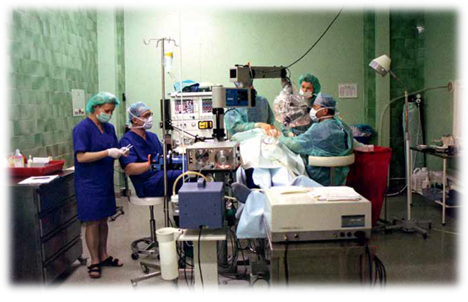 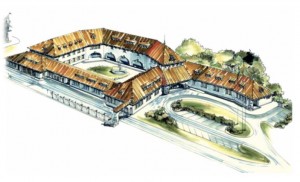 Prof. Henryk Skarżyński: – What was significant was the fact that 19 years ago it weren’t the governmental representatives who wanted to open the Institute but it was the rank-and-file initiative of the group of scientists and practitioners who I managed to find. The Institute was established as we could see the needs of patients and society in general. Today, hundreds of thousands of people undergo diagnostics here, and over dozen thousands receive surgical treatment. Scientific, clinical, didactic and organizational output worked out throughout all these years allows me to say to everyone that the Institute is a very good ambassador of Polish science and medicine in the world.

While running everyday activity in the first Institute’s (rented) premises, the preparations to build the Institute’s own seat had started. The idea of this super-modern, roomy, superbly equipped medical center was elaborated by Prof. Henryk Skarżyński already in 1992. Five years later, the Foundation of Medicine Development “Homo-Homini” started the construction of a new Institute’s premises in Kajetany, near Warsaw.

After six years, basing on own resources generated by Prof. Skarżyński’s team, the International Center of Hearing and Speech was constructed and, in May 2003, was ready to receive first patients. The festive opening ceremony took place during 7th International Cochlear Implants and Audiology Medicine Conference. It was attended by several hundred of guests from the field of science, politics, the Church. Among guests were the leaders of world’s otology and audiology from all continents. 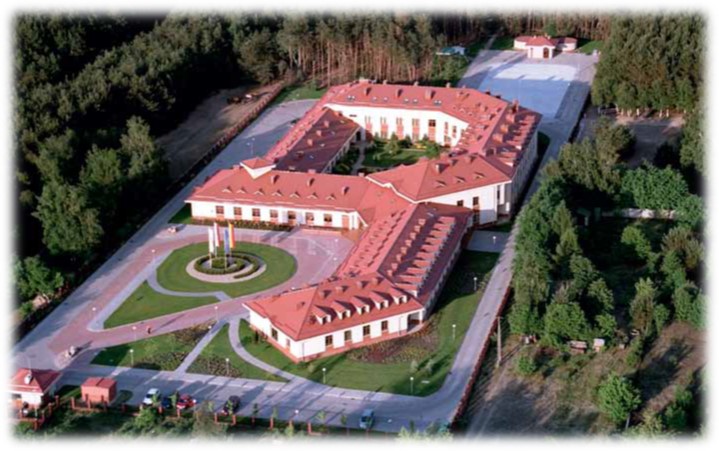 May 2003 the International Center of Hearing and Speech receives first patients. Everyone is surprised that the Center does not resemble a traditional hospital.

Prof. Henryk Skarżyński: – The idea to create a super-modern and superbly equipped medical center, which will allow to organize diagnostics, therapy and rehabilitation at the highest level, had shaped in my head already in early 90-ties. That time, there were only few centers in Europe where hearing implant surgeries on deaf patients were performed. I got the opportunity to participate in professional training in Paris, in the clinic managed by prof. Claude-Henri Chouard. I was surprised to learn that this excellent clinic focuses only on surgical treatment, while patients with hearing implants need a constant care throughout their whole life. I began to dream about creating in Poland a center where such care could be supplied. Still in Paris, I started to elaborate its vision, cutting out pictures from newspapers, drawing plans of the building, which eventually has been built in Kajetany. After returning to Poland I started to act consistently.

Already in the first year of the International Center of Hearing and Speech’s existence, an extraordinary events took place: prof. Skarżyński performed first in the world cochlear implant surgery on partially deaf child and, as first in Poland, performed middle-ear implant surgery. Also a telemedical program named “Home Rehabilitation Clinic” was elaborated and the cycle of National Conferences for People with Tinnitus and Hyperacusis was launched. The scientific, research, implementation, didactic and organizational achievements have been recognized and have received over 100 prizes from national and international medical, economic, scientific communities, as well as mass media.

Growing needs for scientific and clinical infrastructure were one of the reasons to build the World Hearing Center. The ceremony of launching the construction of a new part of the Center was attended by numerous VIPs from the world of politics and science. Among others there were: dr Adam Fronczak, Deputy Minister of Health, prof. Michał Kleiber, President of Polish Academy of Science, prof. Jerzy Woy-Wojciechowski, President of Polish Medical Society, prof. Marek Rogowski, Chairmen of the Institute’s Scientific Board, Waldemar Roszkiewicz, Deputy Marshal of Mazowieckie Voivodship, and other prominent guests.

Prof. Henryk Skarżyński: – I have always cared to create a new hope and treatment opportunities for patients. That was the reason I decided to implement in Poland a partial deafness treatment program and to build first in the world Center for Partial Deafness Treatment. We fought for financial resources from the Innovative Economy Operational Programme, and we succeeded – 2/3 of the budget was covered from EU funds. 1/3 derived from our own resources. Within 1,5 year, the unique medical center was constructed in Kajetany. We have changed the previous name into a shorter one – the World Hearing Center.

The World Hearing Center delivers a complex care for people with hearing, voice, speech and balance disorders. The development of this unique Center was officially finished on May 10, 2012.

The World Hearing Center is the unique and first of such kind at the international level. Its establishment is very important in terms of future development of science and search of the novel methods of diagnostics and treatment of the sensory organs’ dysfunctions. The Center is both: a modern hospital providing the medical care on the highest world level, equipped with the unique medical instrumentation, with the huge technical infrastructure, and an exquisitely prepared research, training and conference center running a wide range of research and educational activities, including training of the specialists from the entire world in the fields of medicine, clinical engineering, speech therapy, deaf education and psychology of deaf.

In the Center, several innovative scientific units were established, such as first in the world National Network of Teleaudiology. Considering the number of performed surgeries, the Center is a leader not only in the country, but also abroad.

Prof. Henryk Skarżyński: – I was wondering how to organize a work to make it most effective, also in the operating theatre. – recalls prof. Skarżyński – I managed to do it as relatively small team performs 60-70 surgeries per day. Of course, what makes the work easier is a very good equipment and for example a unique microscopes in the operating rooms. There are only 16 such microscopes in the world and 4 of them are in our Center in Kajetany. Our operating rooms are also equipped in very modern units for anesthetists, thanks to which during the surgical procedure the patient receives very expensive drugs but in a very small dosage and therefore he/she feels well. The next day can be released home. What is essential, in the Institute the operating theatre is working since early morning till late night and this is extraordinary, as usually in other places the operating rooms are being closed around 2 or 3 p.m.

Today, the Institute constitutes effectively functioning and organized enterprise, which gives work to almost 400 employees. The Center in Kajetany covers the area of 20 418 m2. 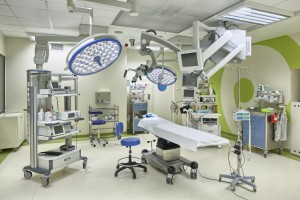 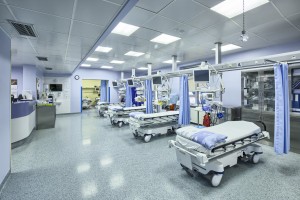 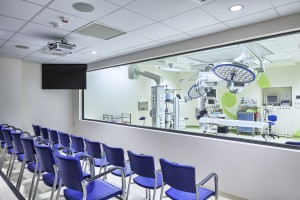 The Center has also, the only in Poland, 2 multimedia studios for telemedicine and 7 conference rooms with joint capacity of 800 people. 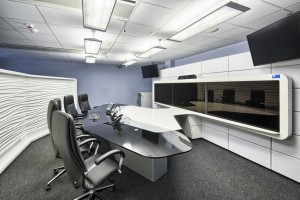 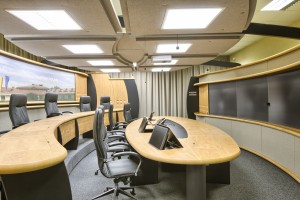 Exceptional is also Education Center equipped with very modern equipment for surgical trainings on anatomical specimens and computer simulators. At one time, 40 people can have training and this is the biggest laboratory of such kind in the world. 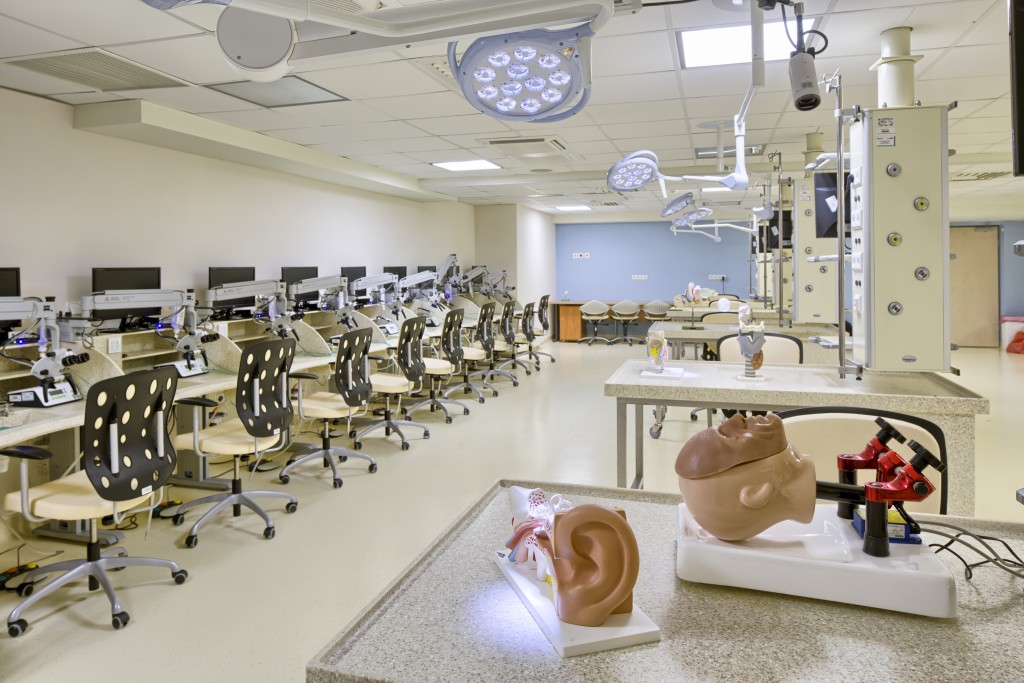 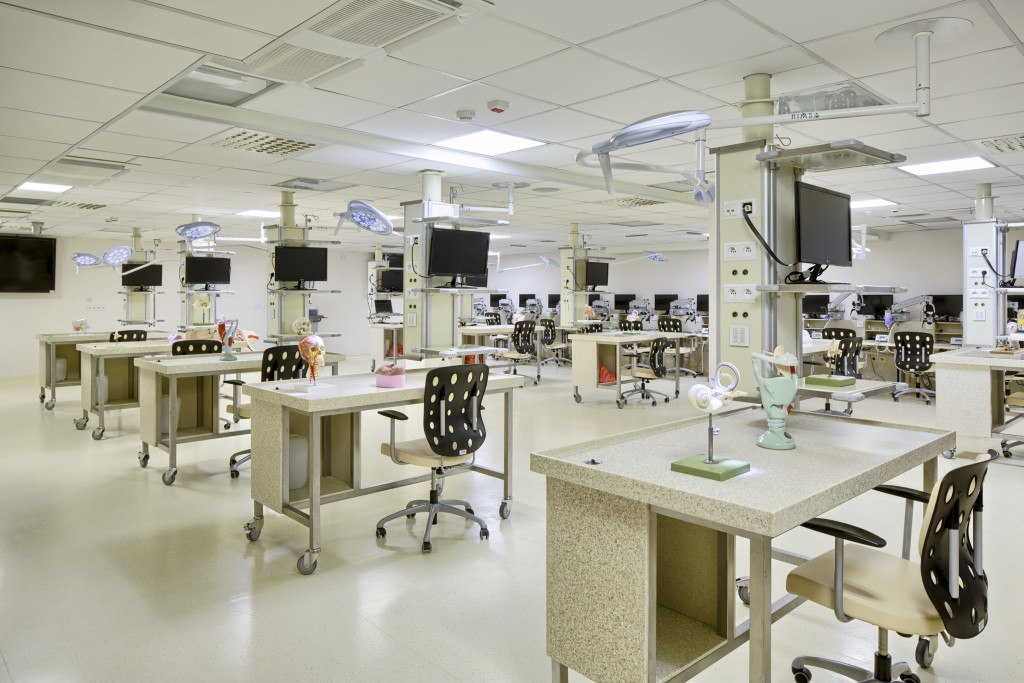 The Center has a strong position in the country and abroad what is confirmed by numerous awards and proofs of acknowledgement. This is a leading research institute and highly specialized hospital, and as a medical unit it has been granted a reference level A+. The Evaluation Committee for Research Units, which had been evaluating the scientific, research and developmental activity in 2009-2012 took under consideration impressive achievements of this youngest departmental institute acting in Polish health sector.

Prof. Henryk Skarżyński: – The fact that we have received the highest category proves that the Institute of Physiology and Pathology of Hearing is one of the best managed units of this kind in Poland – probably it is the only, out of 16 research institutes dependent upon the Ministry of Health, which has never been in debt.

Obviously, none of the units mentioned in this story would exist if not for support of numerous people who had trusted Prof. Skarżyński’s ideas and vision. Unusual form of expression of gratitude to these people is the board “Friends Forever”, welcoming all patients and guests arriving to the World Hearing Center. It presents the names of people and institutions who – with their knowledge, scientific authority, heart and involvement – have supported the development of the Institute. The politicians who gave their support and patronage to the idea which went beyond any political option. The artists who offered their talent to hearing impaired children in Poland and in Europe. The world-known scientists who had been inviting Institute’s specialist to their laboratories and clinics, so they could learn and receive practical skills. 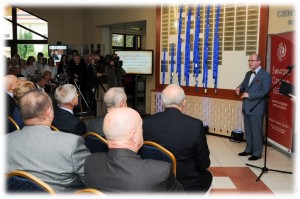 The „Friends Forever” list is not closed yet. The new names, associations and institutions are constantly appearing on it. Still there are people who recognize the achievements and encourage the team of the World Hearing Center to develop.