Data: For pacients, News, The most important and the greatest events in the world for people with hearing disorders | 12-3-2015

On 3rd of March 2015 (International Day for Ear and Hearing), in the Institute of Physiology and Pathology of Hearing in Kajetany, the first in Poland implantation of a new generation cochlear implant was performed. This novel implant is unique as it allows performing MRI scans and thus, in the future, it will allow tracking changes in brain after the administration of acoustic and electric stimuli. Application of this type of implant in partial deafness treatment is a great breakthrough in modern medical science, enabling the research on changes in auditory pathway and selected structures in the brain. It opens up new therapeutical prospects, such as detection of tumors, vascular and posttraumatic lesions in the head. It allows as well lowering the costs of patient management.

The implantation of the new-generation cochlear implant allows, for the first time in Poland, monitoring changes in the head including following development or recurrence of tumors without the necessity of the surgical removal of the entire implant or its parts before examination and then putting it back in another surgery. In everyday clinical practice this enables launching a new treatment program ‘New clinical prospects in Poland after the implantation of the new-generation cochlear implant’.

This program will focus on:

Formerly available cochlear implant did not allow comprehensive monitoring of head lesions and making progress in the treatment. 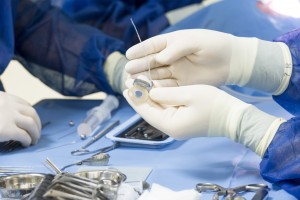 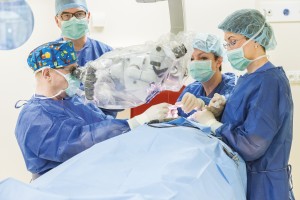 The program of partial deafness treatment in children and adults started in Poland 23 years ago. On July 16, 1992 Prof. H. Skarzynski performed for the first time in Poland cochlear implantation in a totally deaf patient. This pioneering surgery not only opened new opportunities for thousands of deaf patients in Poland, but was also a symbolical start of the program on partial deafness treatment in the world.

In 2002, Prof. H. Skarzynski performed for the first time in the world, a cochlear implantation in a patient with partial deafness, achieving 100% of speech understanding through combination of electrical stimulation through a cochlear implant in the high frequency range with preserved acoustic hearing in low frequencies. It is worth noting that before surgery patient understood only about 15-17% of speech sounds. Then in 2004 Prof. H. Skarzynski performed similar surgery in a child. To a present day his team has treated with this method almost 2 000 patients with partial deafness, both children and adults, which is the largest such group in contemporary medicine. This surgical treatment is performed following the procedure on 6 surgical steps developed by H. Skarzynski. He published his newest strategy of partial deafness treatment in 2010 [1].

One of the major problems of the modern world is population ageing. The life-span prolongation unfortunately relates to the diminishment of physical functions, including hearing. Almost ¾ of senior citizens require some kind of hearing amplification. Some of them can use hearing aids. A large group have no benefit from hearing aids and require auditory implantation. For some, combination of preserved natural hearing with stimulation through a cochlear implant is an optimal solution. Specially designed implants allowing such combination have been commercially available for a considerable time already. We do not fully understand, however, the underlying physiological phenomenon.

It contradicts to some degree to the theory of hearing, for which Prof. Georg von Bekesy received a Nobel Prize in 1961 (Fig. 1). 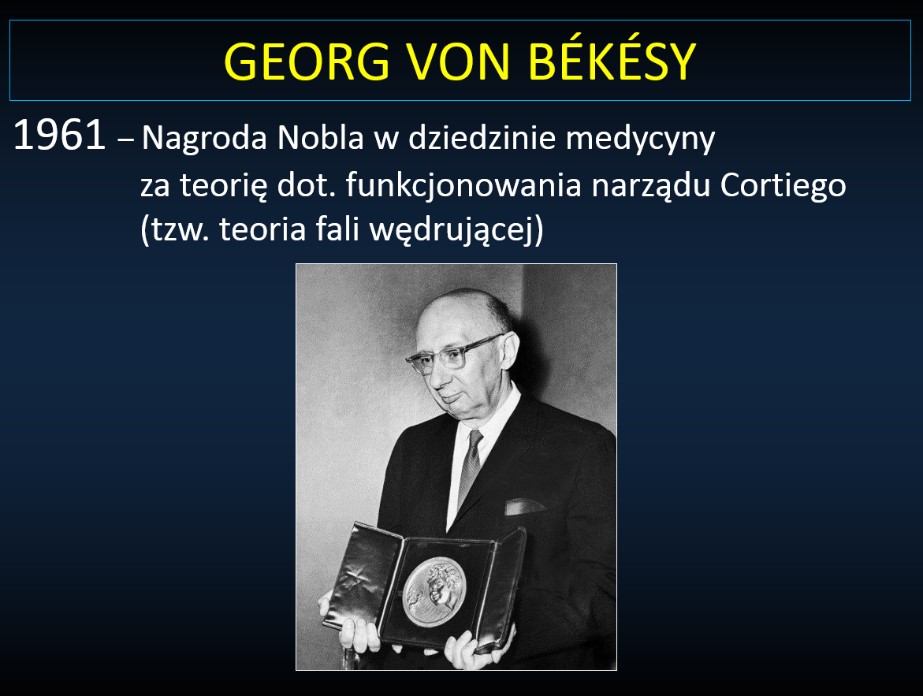 The newest techniques of studies in imaging may be helpful in finding an explanation for the unique phenomenon of combined electric – acoustic hearing and investigating the mechanism of age-related deterioration of hearing. One of these techniques is functional magnetic resonance imaging (fMRI) (Fig. 2). 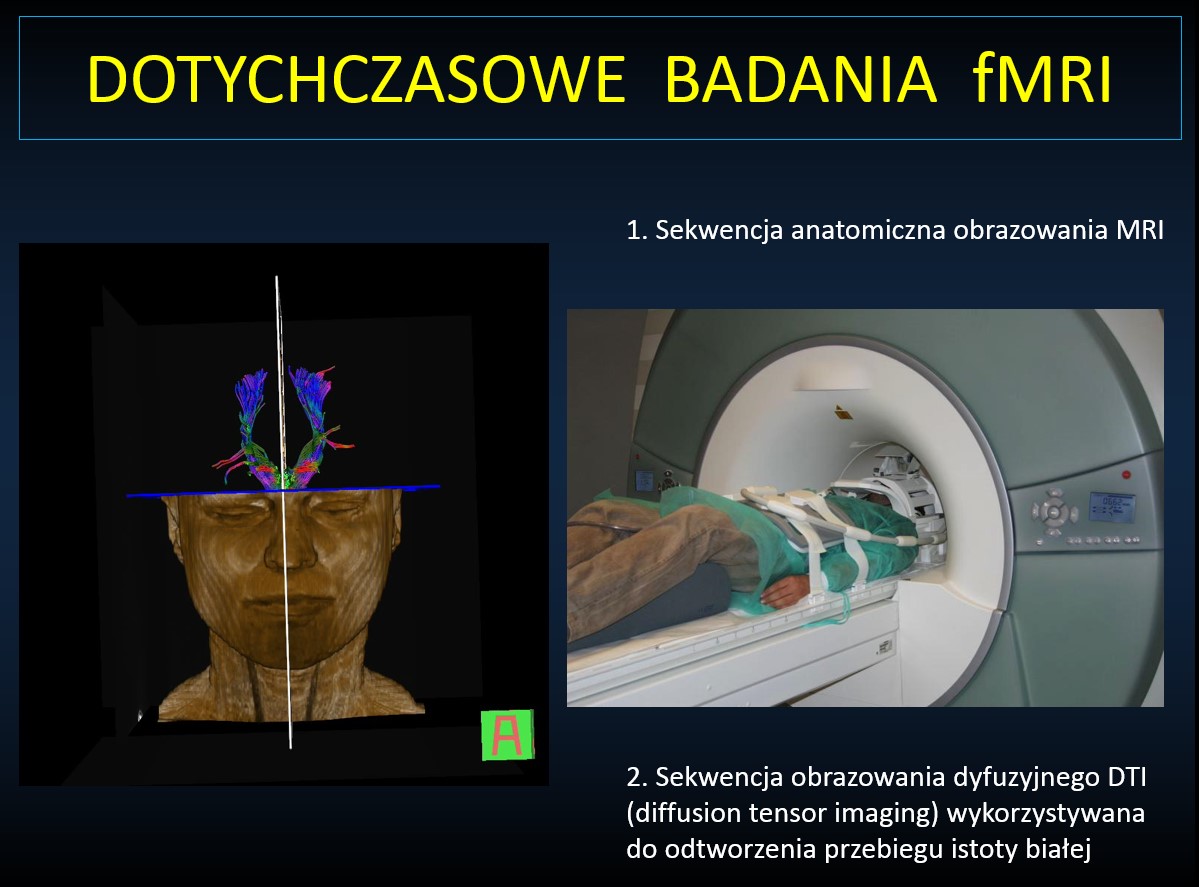 Fig. 2 One of these techniques is functional magnetic resonance imaging (fMRI)

During the fMRI examination, the central brain structures, including the auditory pathway, become accessible. However, this technique cannot be used in people with cochlear implants. Therefore we can examine only people with presbycusis, whose ability to communicate deteriorates as a consequence of hearing loss. The study of this phenomenon would bring us significantly closer to the cognition of many processes in the brain, to which access is allowed through the auditory pathway.

Among the imaging techniques, the magnetic rezones perfectly pictures the soft tissues. Taking into consideration the lack of invasiveness of this type of examination, it is an ideal tool to image the central nervous system – the brain. The main suppression of this technique is the exclusion of people with metal implants, pacemakers, prosthesis, etc. Some of those objects can be examined in scanners with weak magnetic field. So far, this has been the case with cochlear implants. In currently used hearing implants there are some elements that obstruct the MRI examination in magnetic field of 3 Teslas (Fig. 3). 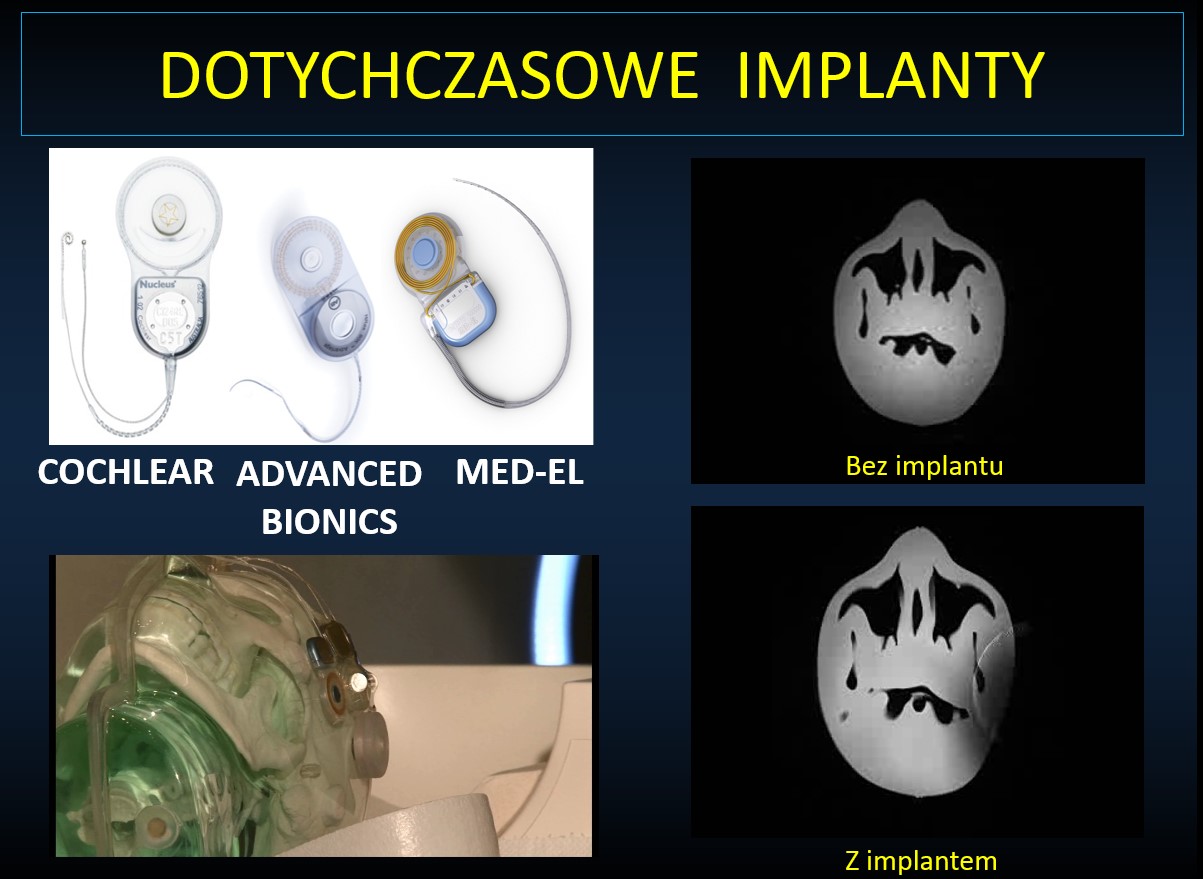 A cochlear implant consists of two parts: the internal part implantable under the skin – it comprises a cochlear electrode, sound processor, induction coil and a small magnet, which allows the fixation of the external part of the implant (placed behind the ear slightly over the internal part of the implant) (Fig. 4). The external part also consists of an induction coil, a small magnet and s speech processor which is placed in a small casing with microphones and a battery. 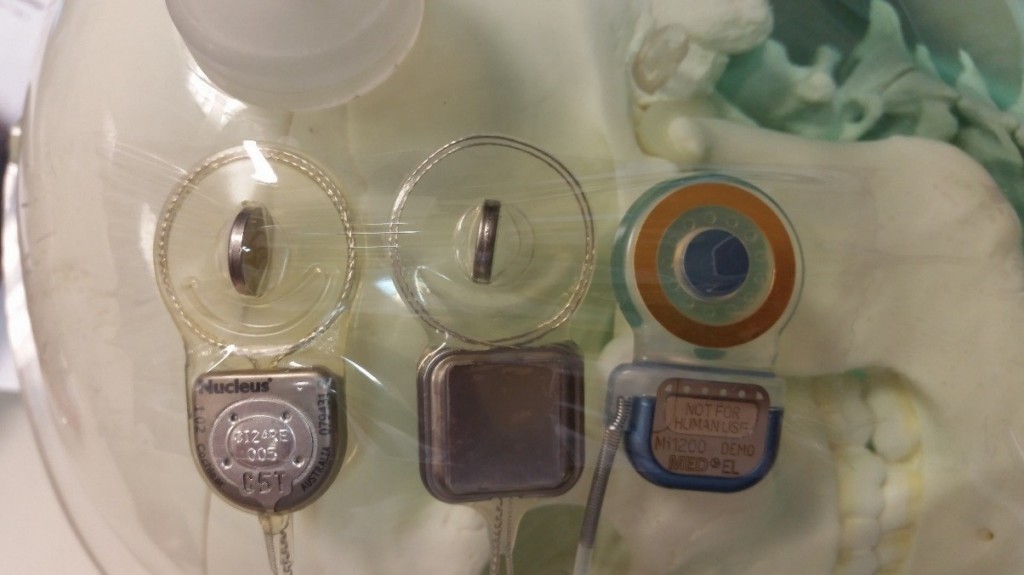 Fig. 4 Three most popular types of cochlear implants in the world. All of them are implanted in the World Hearing Center.

3T devices are a standard in many developed countries in the world. In Poland the most popular are devices for the MRI examination of 1.5T or weaker, but the situation is gradually changing and we get more and more 3T devices. The diagnosis of many abnormalities (including cancer or hemangioma) or its monitoring requires frequent examinations and, consequently, surgical removal and reinsertion of the magnet in the case of a traditional cochlear implant. The new-generation implant can endure in 3T magnetic field what significantly lowers the costs of such diagnosis.

The power with which this small magnet is moved is so big that it pops out of its “pocket”, in which it is placed and can change its position under the skin outside the implant. This could result in the wrong position of the external part of the speech processor so the implant could not work properly. Therefore, the MRI had to be performed in low magnetic filed of <0.5T (it significantly lowered the quality of the images) or it required surgical removal of the magnet before the examination in eg. 1.5T, and its surgical reinsertion after the examination. As a matter of fact, so far imaging in 3T scanners has been impossible.

The new-generation cochlear implants use self-controlled magnets, which, having been placed in magnetic field of the MRI scanner, can turn in its “pocket” towards the main magnetic field of the scanner. This makes the power with which the scanner affects the magnet significantly limited. This solution allows examinations even in scanners up to 3T. Therefore, a patient with this implant can fully benefit from modern MRI systems, without the need of surgical intervention. The magnet will cause some disturbance in the image but only within the limits of 5 cm from the magnet.

The strong magnetic field of the scanner still interfere with the cochlear implant being on during the examination and does not allow the performance of the fMRI examination with sound stimulation considering the loud work of the scanner. An opportunity occurs when an electric stimulus is used instead. All technical problems that stand in the way to turn the implant on during the examination can be solved. This is the first such program in Poland that allows monitoring the condition of the head with the new-generation cochlear implant.
The new-generation cochlear implants allow performing MRI examinations and, in the future, it will allow tracing changes in the brain after the administration of acoustic and electric stimuli. The first use of those implants in partial deafness treatment at a high level is the first scientific and medical report in modern-world medicine. It is a great breakthrough in tracing changes in the hearing pathway and some structures in the brain [3]

In practice it signifies the start of

Another breakthrough in the use of the new-generation implants that allow examinations with a magnetic rezones relates to a group of patients with congenital or acquired lesions, including cancer, in the brain. This group is less numerous but difficult to diagnose.
The use of the new-generation cochlear implant for the first time in Poland enables tracing changes in the brain, including the monitoring of the development and recurrence of cancer, without the need to remove the implant or its part for the time of the examination and its surgical reinsertion after the examination is finished (Fig.5).

In everyday clinical practice in Poland it signifies the start of

The new-generation cochlear implantations opens up new therapeutic possibilities which are as follows: 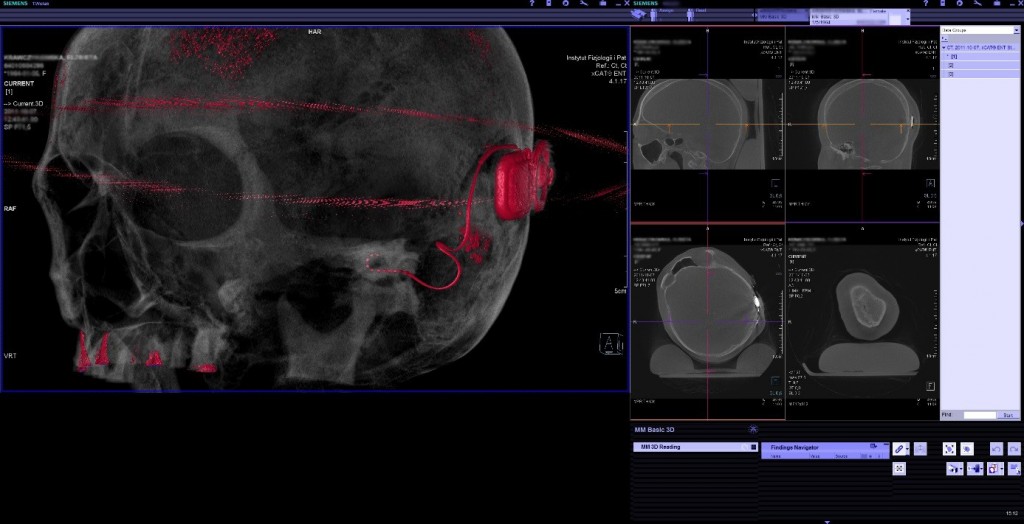 Full monitoring of changes in the brain in patients with cochlear implants used so far has been limited and very often it was not sufficient enough for a given therapy. 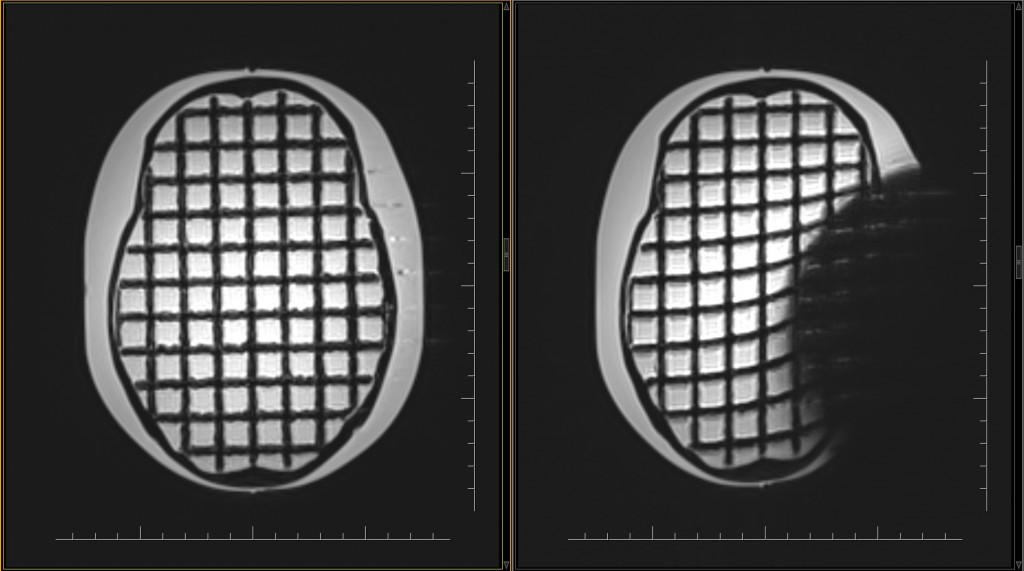 Fig. 6 The image of changes in a head phantom caused by a cochlear implant

The presentation of how cochlear implants named SYNCHRONY work and two pioneering programs: 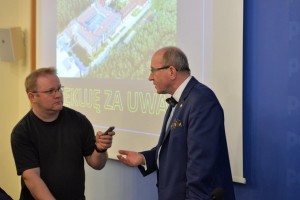 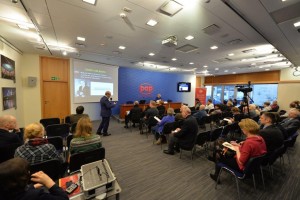 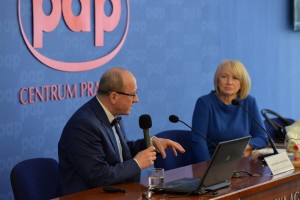 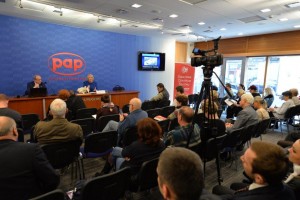 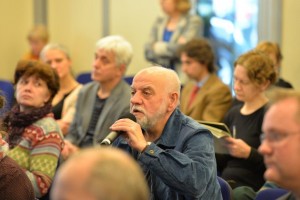 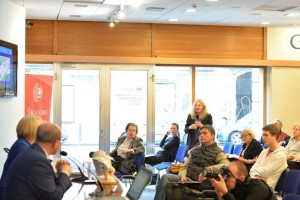