Prof. Henryk Skarzynski is one of 20 people who received a Medal of Merits for Roman Catholic Archdiocese of Warsaw. The ceremony took place on 6th January 2016,Three King’s Day, in St. John’s Archcathedral in Warsaw. The Medals were presented by Cardinal Kazimierz Nycz.

The laudation prepared for this occasion in honour of prof. Henryk Skarzynski says: “Professor is a prominent doctor, scientist, director of the Institute of Physiology and Pathology of Hearing. He created the World Hearing Centre in Kajetany near Warsaw. It is a unique medical science and research centre, the place of the biggest number of hearing surgeries performed each day in the world. Prof. Sakrzynski’s method of partial deafness treatment is considered as the Polish speciality. His passion is to help others what is reflected in his everyday clinical, research and teaching activities”.

– I’m happy that in this symbolic way I can express my gratitude to all laureates – said Cardinal Nycz during the ceremony. – I also wish you prosperous work in your families, parishes, and in any other communities in which you live. I wish you all long, lucky and blessed years – said Cardinal.

– Working for others is a form of dedication. You cannot to that ‘ex officio’ without commitment, especially when children are concerned. They make us happy. When we see that small children can hear a year after implantation, and later that they can learn foreign languages we feel that we give them new life – said prof. Henryk Sakrzynski having received the medal. 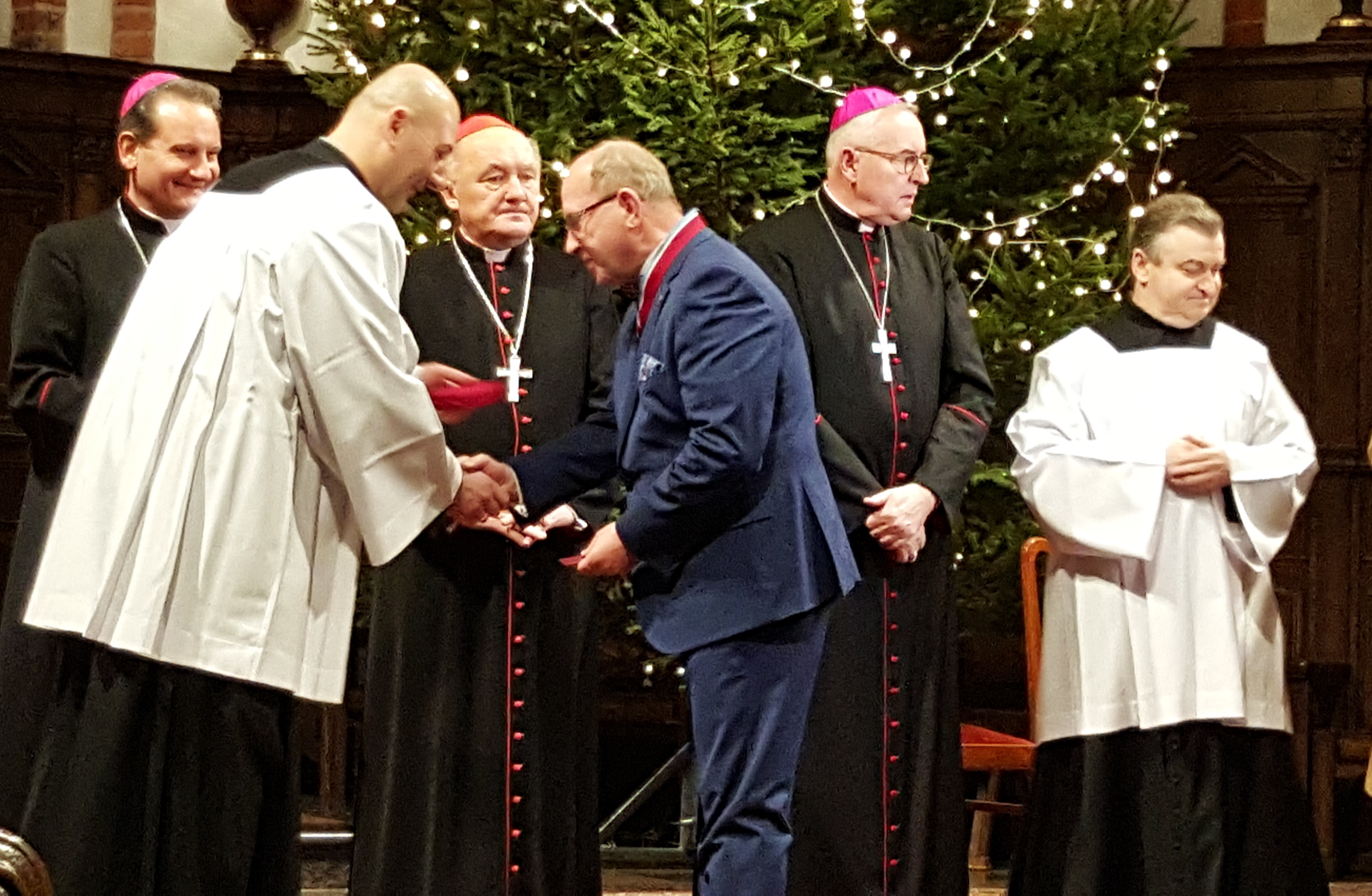 He said that Polish patients are one of the first, who have access to the newest technology. It means that in the World Hearing Centre patients can benefit from the latest scientific and medical achievements.

Medal of Merits for Roman Catholic Archdiocese of Warsaw has been awarded since 2009. It is awarded to lay people involved in work in favour of their perishes or diocese. It is a medal for unique merits related with the Doctrine of the Church. The medal is to say thanks for the apostolic work, vocations for living in families, workplaces and wherever one acts for the good of the people.